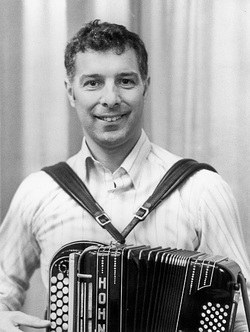 Charlie Kirkpatrick was born in 1946 in Greenock.   His father, who hailed from the Island of Iona, was a merchant seaman and sailed out of Greenock at that point.  In 1948 the family returned to Iona where sadly his father was killed in an industrial accident when Charlie was only nine.  The Kirkpatrick connection with the island stretches back to Charlie's great grandfather David Kirkpatrick, originally from Alexandria, who was the first non Gaelic speaking teacher at the island's Primary School serving from 1882 till 1892. According to the book ‘Iona - the living Memory of a Crofting Community 1750-1914’ by E Mairi MacArthur published by Edinburgh University Press the “parents expressed considerable satisfaction with his general teaching abilities and with the very popular music class which he began for adults as well as for scholars”. So getting on with people seems to run in the family! As for the music, it was a young cousin on Iona who had been given a present of a melodeon and who allowed Charlie to try the instrument, that sparked his interest when he realised he could play a few tunes. 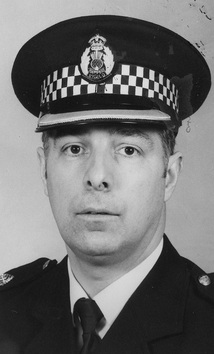 Early in 1965 Charlie joined the City of Glasgow Police and moved to the Glasgow area to pursue his new career.  During the course of his police career he served in most parts of Glasgow as well as Clydebank and in Ayrshire as an Inspector.

Not long after moving to Glasgow, Charlie met a young nurse Joanne Macdonald whose family came from Staffin on the island of Skye and who had come to Glasgow to work at the Royal Infirmary.  They were married in Perth on 26 January 1968 and three children followed – Niall, Shona and Lorna – and the latest addition to the family is grand-daughter Iona born last year to Niall and his wife Linda who live on the Island of Islay.

Charlie plays a black Hohner Shand Morino which formerly belonged to Willie Wylie who was the accordion tuner/technician at McCormick's Music Shop in Bath Street, Glasgow.  It was Willie who had been responsible for fitting the fourth “dummy” row of buttons to the black Shand Morino played by the legendary Will Starr and it was apparently his intention to do the same with this accordion.  However Willie's death put paid to those plans and the accordion remained in the shop until it's owner, Neil McCormick, noticing it on a high shelf in Willie's workshop, contacted Charlie and acting on behalf of Willie's widow sold it to him.  It dates from about 1956/7.

Charlie learned to read music via a rather tortuous path.  When Andy Stewart topped the charts with 'A Scottish Soldier'  Charlie bought the sheet music and knowing the tune worked out what the dots meant·  His reading developed slowly from there but came on by leaps and bounds in later years when he took son Niall along for his lessons with Jimmy Blair. Dad 'waited' at the back of the classroom to take Niall home but absorbed all that 'the laddie' was being taught by Jimmy as well.  Niall is now a well known accordionist in his own right having appeared as guest artist at various accordion clubs and having several broadcasts on 'Take the Floor' under his belt.

With the advent of the Accordion and Fiddle Club movement in the early 1970's, Charlie attended the MAFIA and Balloch A&F Clubs and was involved in a broadcast from the MAFIA Club when the BBC did a series of programmes from various clubs.  Included in this programme was the backing band of Colin Finlayson, Neil McMillan and Ricky Franci, along with The Currie Brothers, Bob Lillie and the Kelvin Band with Jimmy Yeaman amongst others.  This programme was produced by Ben Lyons with Alasdair Gillies as presenter.

Around the mid 70s Charlie formed his first Trio with Derek Hamilton from Galston on keyboard and Glasgow's Billy Grant on drums.  They mainly played at weddings and ceilidhs in and around the Glasgow area.  On 13 December 1981 the trio, augmented by John Carmichael on second accordion and Eoin Miller on double bass, auditioned successfully for Take the Floor and their first broadcast came out on 29th May, 1982.  For the third broadcast produced by Ken Mutch, Alistair Heron joined on fiddle and played in all the broadcasts up until his death in 2010.  The band's line up remained largely unchanged apart from John McCroskie taking over from Billy Grant on drums.   When he in turn had to retire through ill health in 1991 Bill Buchan moved into the drummer's position until the present day.  Also in 1991 Neil McMillan replaced Eoin Miller on double bass. 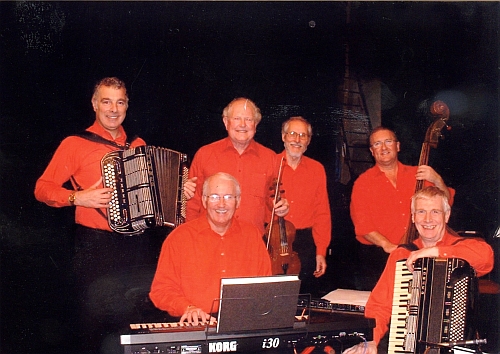 As an islander himself Charlie's band is particularly popular on the West Coast and he has played in most islands up and down the west coast as well as Shetland  and a little further afield – Abu Dhabi.  Like his near neighbour in Giffnock, John Carmichael, Charlie is also well known to us in the Association as an excellent compere and M.C and he has carried out that role on several occasions for us at our Annual Luncheons.

Having retired from Strathclyde Police in 1995, Charlie took up a position as Security Controller with a large chain of Spar convenience stores.  After 'really' retiring in 2008 he now spends his time on the golf course, in his garden and of course playing music.  Talking of golf, it was Charlie who suggested a Golf Day as part of the NAAFC's 40th Anniversary celebrations last year.  The sad death of well-known drummer Billy Thom, himself a keen golfer and musician at Dunblane Golf Club, provided the ideal venue both to host the event and to stage a musical evening in the Clubhouse in Billy's memory. 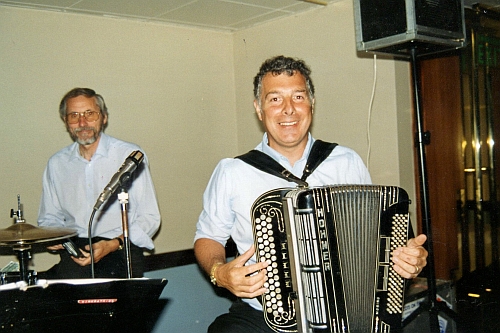 So after a long association with one of our foremost instruments, the Shand Morino, and with our own Association, we are delighted this year to welcome Charlie Kirkpatrick, accordionist, compere and character, as one of our Guests of Honour at the Celebrity Luncheon in the Huntingtower Hotel on Sunday 24th June 2012.